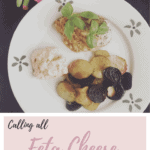 If you're like me and can't get enough of Feta cheese, then this Feta Filled Chicken is for you. You're welcome. And no, you can't make the sauce too often.

There are few things I love more than feta cheese, so whenever I find a reason to incorporate it into my dishes I take it (spoiler alert: I more often than not do find this reason). And while feta cheese crumbled on top of a salad or hot potatoes, or melted into a pasta sauce, might be nice, my ride or die choice is the plain old feta cheese sauce.

A simple cold sauce where the main ingredient is the feta cheese, and other stuff can be added as you like. This recipe contains my OG version, but since the inception of this recipe some 10+ years ago I've made countless versions of the sauce.

Sometimes I just mix feta cheese with something creamy like crème fraîche or yoghurt, other times I add a bit of garlic or basil, for fish I often add a good helping of lemon juice. That's the charm of this sauce - it goes with everything. Fish, meat, chicken, veggies, with a piece of bread or as part of a cheese platter - still haven't found a place where it doesn't fit in.

Just adapt the ingredients according to your taste, what you're serving it with and what you happen to have at home. Mix the cheese with just some olive oil to make it firm and spreadable (or, like here, suitable for stuffing) or add something creamy to make it into more of a sauce (I prefer crème fraîche, but for a healthier version greek yoghurt works just as well - makes it a bit saucier and less firm though). 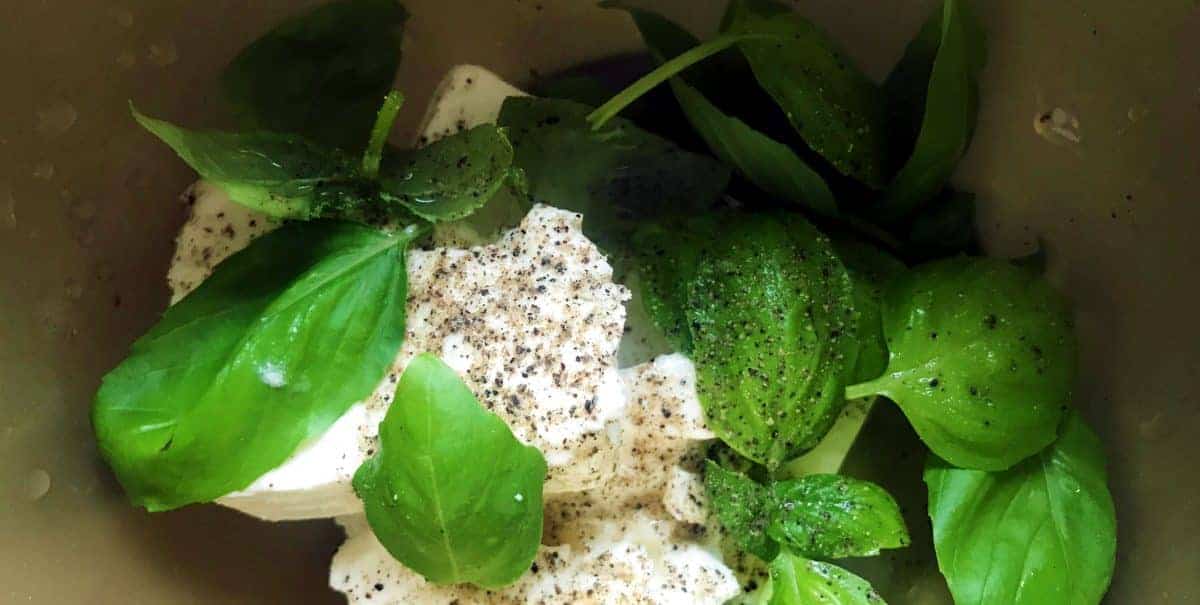 Come to think of it, feta filled chicken is probably one of my most basic recipes. Not basic in taste, not at all. But basic in the way that I use parts of it a lot and change it up to suit my current cravings, time constraints and what's in my fridge. All the components are great, and by mixing it up a bit you quickly get so many more dishes out of it. But to be honest, the feta sauce is probably the most common component in my cooking.

Feta filled chicken is in general not difficult to make. However, getting the chicken right is a bit tricky. You really want it to be finished (of course) but you also don't want it to be dry. Rather dry than salmonella in my opinion but I'd prefer neither, thank you very much. I suggest using a kitchen thermometer and sticking it in the thickest part of the chicken. It should cook to 73 C/165 F. As the stuffed chicken usually cooks a bit unevenly go ahead and stick the thermometer in a few different places to be sure. The time suggested here is 15 min, but this will vary depending on your oven. I usually stick the thermometer in at the beginning and let it sit, and it lets me know when it's finished. 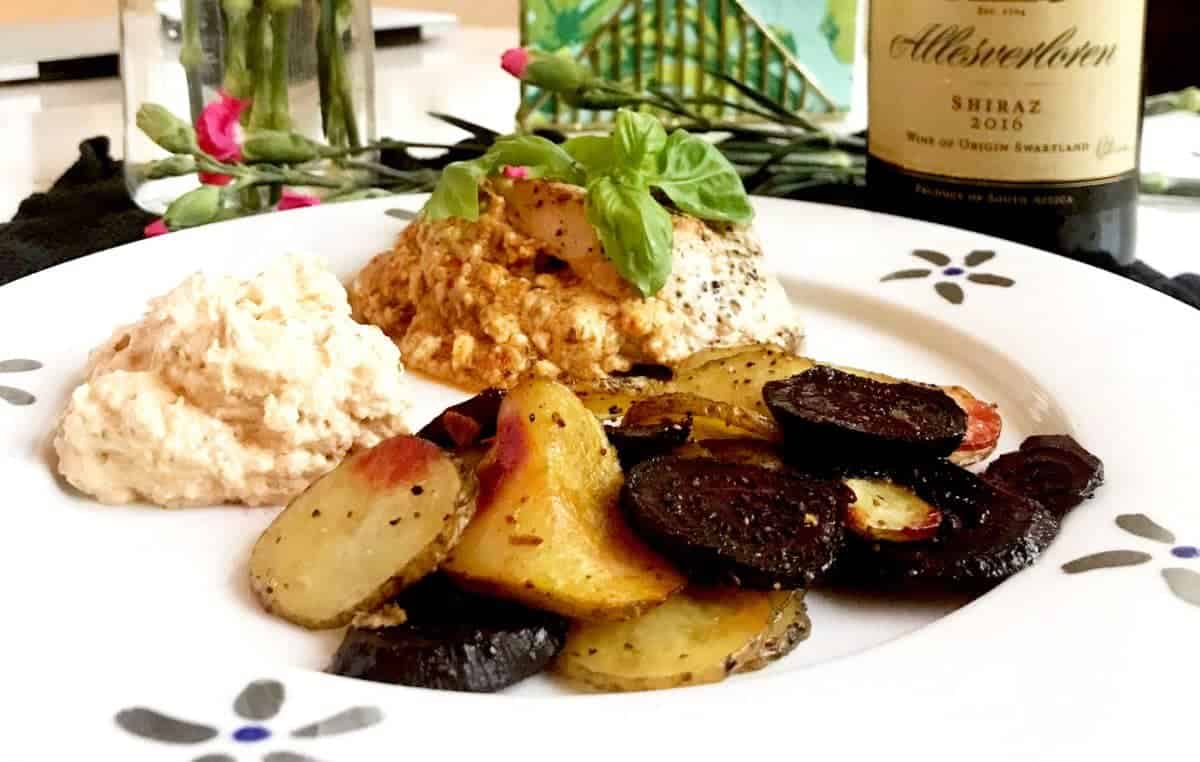 If you're looking for something else to serve with this chicken - you know, since you'll be making it ALL. THE. TIME. - why not try some smashed potatoes with garlic and parmesan?
Veggie option?
Feta filled chicken just ain’t the same without the feta cheese. However, for any lacto-ovo vegetarians out there I’d suggest feta loaded portobello mushrooms instead of feta stuffed chicken. Cook in the same way, but instead of stuffing them place on a bit of oven foil and add the filling on top of the mushroom, then make into a package and cook in the oven for 10-15 minutes. Damn, sounds really good actually. Off to try it myself!
Leftovers?
Lucky you! Feta filled chicken is probably my favorite bagged lunch. Just bring the sauce along in a separate container. The chicken, potatoes and beets also freeze pretty well - the sauce not so much, but it’s awesome on crackers or a piece of bread as well so I don’t think you’ll have any trouble finishing it.
Thirsty?
I like a good full flavored Shiraz or Nebbiolo with my feta filled chicken (still not sure there are dishes I wouldn't enjoy with one of these choices). An excellent pairing that I have partaken in a few times myself is an Allesverloren 2016 Shiraz.
Oh, and one final piece of advice - if your friends or family or whoever you're serving this to are at all like mine I suggest making at least a double batch of the sauce. It tends to move quickly and the words "Oh no! There's too much feta sauce!" were never uttered once in history. Enjoy! 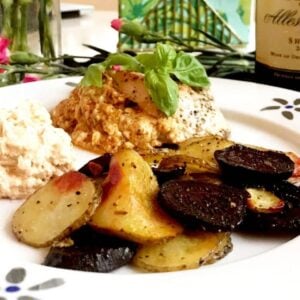 I'm Emmeline - a Stockholm-based food lover who's always in a hurry. And I have the quick and easy recipes to prove it!

Sign up now and get a FREE printable e-book with my 5 favorite 15-minute pasta recipes.